Often, the existence of a multiplicity in a world is neither maximal nor minimal.  The multiplicity exists to some extent.

To conclude I would summarize this abstract theory with a question linked to the concept of existence: the question of death.

To understand the question of death, it is essential to remember that it is only by its being-there that a being exists, and that this existence is that of a degree of existence, situated between inexistence and absolute existence.  Existence is both a logical concept and an intensive concept.  It is this duel status that permits us to rethink death.

We are first tempted to say that a thing is dead when, in the world of reference, its degree of existence is minimal, or when it inexists in this world.  Asserting that a thing is dead would be tantamount to concluding that identity of the thing to itself is equal to the minimal degree.  This would also means that death is the absolute non-identity to self.  But absolute non-identity to self defines inexistence, and not death.  Death must be something other as inexistence, because death happens, and this « happening » necessarily concerns an existent, and not the inexistent of the world.  We  define death as the coming of a minimal value of existence for a thing endowed with a positive evaluation of its identity, and not the minimal value as such.  All that can be asserted of “dying” is that it is a change in appearing, the effect of which is that a thing passes from an existence with a positive intensity—even if it is not maximal—to an existence that is minimal, that is to say null relatively to the world.  The whole problem is what does such a passage consist of? We limit ourselves to two remarks.

1) The passage from one identity or existence value to another cannot be an immanent effect of the multiplicity concerned.  For this being has precisely no other immanence to the situation, and consequently to its own identity, as its degree of existence.  The passage is necessarily the result of an exterior cause, which affects, locally or globally, the logical evaluations, or the laws of the Being-there-in-the-world.  In other words, what occurs in death is a change in the identity function of a given multiple.  This change is always imposed on the dying thing, and this imposition comes from outside the thing.  The precise proposition is Spinoza’s: “No thing whatever can be destroyed, except by an exterior cause.”  So it is impossible to say of a multiple that it is “mortal”.

2) It follows that the meditation of death is in itself vain, as Spinoza also declares: “The free man thinks of nothing less than of his death, and his wisdom is a meditation on life, and not a meditation on death.”  It is because death is only a consequence.  What thought must turn towards is the event which locally transforms the identity function.

All of this indicates why we cannot agree with a philosophy of mortality and finitude.  There is no ontological status of death.  Of no existent we can say that it is a “being-for-death”.  Because existence is a transcendental degree and nothing else, we must ask with Saint Paul: “Death, where is thy victory?”  Dying, exactly like existing, is a mode of being-there, and therefore a purely logical correlation.  The philosophy of death is included in one sentence: Do not be afraid by the logic of a world, or by the games of existence.  We are living and dying in many different worlds.

This piece originally appeared in lacanian ink 29, which is now sold out.

Tonight I am not going to engage in any kind of criticism.  Instead, I intend to propose a new concept of existence.  And I shall be as abstract as this intention forces me to be.  You can find a less arid but not complete exposition in a chapter of my “Briefings on Existence,” and a complete one in my last book, Logiques des mondes, which is out in French and will be published in English at the end of next year, I hope.

As all of you know perfectly well, the fundamental problem is to distinguish on the one hand, being as such, being qua being, and, on the other hand, existence, as a category which precisely is not reducible to that of being.  It is the heart of the matter.  This difference between being and existence is often the result of the consideration of a special type of…

| Listen to Article Here | PDF | YouTube | Why has there never been a noumenology but ever a phenomenology within the philosophical field, and what if this doesn't mean that there never will be one? There is indeed a spectre haunting our world, as Karl Marx has once put it... It's the spectre... END_OF_DOCUMENT_TOKEN_TO_BE_REPLACED

| Download PDF | Click Here to Listen | Voice: Amy (English – UK) Abstract In this essay I attempt to explicate the sense in which Michel Henry’s reductive phenomenology rendering Life as affectivity resonates with Alain Badiou’s subtractive ontology rendering the subject as eternity in time. I claim that these two modes of subjectivity are... END_OF_DOCUMENT_TOKEN_TO_BE_REPLACED

Situating Neuroscience in the Context of Transcendental Realism/Materialism and Non-Reductive Naturalism Inferential Rationality The question I had in mind as I was in search of funding for a research project that would enable me to write “a book comparing the ontological and the epistemological modes of being and thinking in and through which the subject... END_OF_DOCUMENT_TOKEN_TO_BE_REPLACED

In my previous post I've attempted to trace, clarify and briefly define certain positions and oppositions within the philosophical field today. It is my conviction that at the root of philosophical enquiry lies a series of dialectical relationships between affirmation and negation, transcendence and immanence, reality in-itself and reality for-us, finitude and infinity, being and... END_OF_DOCUMENT_TOKEN_TO_BE_REPLACED 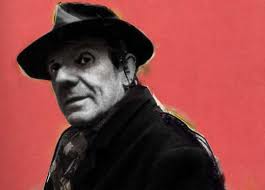 Introduction:  by Creston Davis The greatest living French philosopher, Alain Badiou, passionately articulates one of the most striking claims made in philosophy today.[1] This claim is as simple as it is radical:  Truth happens in a material event that fundamentally and irrevocably breaks with the status quo (or any logic articulated in terms of pure... END_OF_DOCUMENT_TOKEN_TO_BE_REPLACED

If you were to ask me at gunpoint, like Hollywood producers who are too stupid to read books and say, "give me the punchline," and were to demand, "Three sentences. What are you really trying to do?" I would say, Screw ideology. Screw movie analyses. What really interests me is the following insight: if you... END_OF_DOCUMENT_TOKEN_TO_BE_REPLACED

Download Speculations II as a PDF. Articles Tractatus Mathematico-Politicus – Christopher Norris The Philosopher, the Sophist, the Undercurrent and Alain Badiou – Marianna Papastefanou On the Reality and Construction of Hyperobjects with reference to Class – Levi Bryant Structure, Sense, and Territory – Michael Austin The Anxiousness of Objects – Robert Jackson The Cubist Object... END_OF_DOCUMENT_TOKEN_TO_BE_REPLACED

Of the various terms that Francois Laruelle utilizes in his non-philosophy, none is odder than cloning. Non-philosophical cloning is the performative method by which and from which, the stranger (or alien-subject) utilizes the transcendental material which comprises the world in order to foster new decisions and break current philosophical horizons. Where all philosophical thought according... END_OF_DOCUMENT_TOKEN_TO_BE_REPLACED

"Transhumanism for me is like a relationship with an obsessive and very neurotic lover. Knowing it is deeply flawed, I have tried several times to break off my engagement, but each time, it manages to creep in through the back door of my mind." - N. Katherine Hayles"In fact, for me, the facticity, the object... END_OF_DOCUMENT_TOKEN_TO_BE_REPLACED

The Immortal Subject Beyond The Life Drive In our daily lives we create little worlds of our own and invest them with various meanings. These worlds have their own logics, orders repetitively staged every day; this gives us a sense of continuity in time and hence a sense of security. Objects and subjects surrounding us,... END_OF_DOCUMENT_TOKEN_TO_BE_REPLACED

Here is S.C. Hickman aka Dark Chemistry's rather generous and no less rigorous reading of my doctoral dissertation The Life Death Drives... "Myth is the hidden part of every story, the buried part, the region that is still unexplored because there are as yet no words to enable us to get there."       - Italo Calvino... END_OF_DOCUMENT_TOKEN_TO_BE_REPLACED